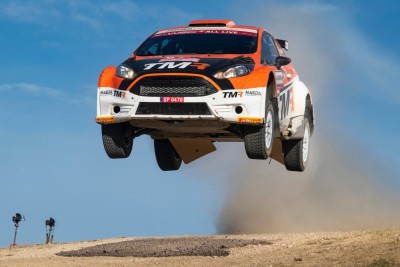 Takamoto Katsuta, member of Toyota Gazoo Racing Challenge Program starts at Shell Helix Rally Estonia together with Daniel Barrit. This is the first time they will compete with all-new Ford Fiesta R5 car, the same car they are using three weeks later at Rally Finland. Two-times WRC 2 Rally winner Katsuta’s entrant is Tommi Mäkinen Racing and the car is prepared by Markko Märtin’s team MM-Motorsport. Back in 2016 Katsuta competed also at Rally Estonia and he learned a lot from this event.

“It’s my second time to compete at Rally Estonia. First time was something I will remember because it kind of changed my attitude. I was off twice, it was the beginning of my career and I always wanted to push to the maximum. After Rally Estonia I understood that I need to change something. Now I’m looking forward to drive those stages again and it is a good test for Rally Finland. The names in our class are very strong and it will be a very interesting battle. Also, I’m looking forward to test the new R5 Fiesta. I’m really happy to be back in Estonia, I have huge respect for this country as it is a home country of Ott Tänak and Markko Märtin who have helped me a lot during my career.”

Urmo Aava, Shell Helix Rally Estonia director,
“It’s really great to have Takamoto Katsuta with us again. He, Dan Barrit and new Fiesta R5 is very interesting combination. Katsuta has developed a lot after the last time he was here. His progress has been consistent and I think we will see him in near future in WRC.”