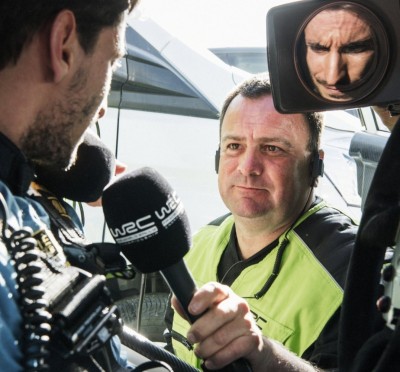 Shell Helix Rally Estonia, the Official WRC Promotional event is bigger than ever in many ways. This also means cooperation with WRC Promoter to produce live broadcast from stages for WRC All Live platform. It is done by Postimees Grupp, media partner of the Rally Estonia and it is one of the biggest live broadcast productions in Estonia. Almost 100 people are involved to this project.

Five stages out on 15 are live plus official opening and closing ceremony will be broadcast live and the feed goes to 30 different TV-stations around the world. Besides live stages also daily highlights from Saturday and Sunday will be available on All Live.

“It is a very big project and with that are we doing kind of history in Estonia. The live broadcast in this level and capacity is something I at least haven’t done before. We will use seven broadcast stations, two satellite stations and one helicopter. Plus 100 people. We have asked our professionals to join us in this project as this for us a big challenge. The cooperation with WRC Promoter is very interesting, they have very clear demands what they want us to do and they haven’t doubted in our ability to produce high quality product.”