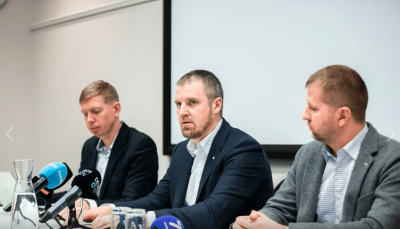 The first official WRC Promotional Event Rally Estonia was held in 2019. This format included most elements of a WRC round in a reduced way. From worldwide communication through WRC Promoter’s channels to participation of all the manufacturer teams of WRC. More than 50 000 spectators were onsite and coverage from Estonia reached almost 80 million people worldwide.

All this was possible in cooperation with the Estonian government, WRC Promoter, sponsors and supporters, local municipalities, several institutions and the organizer. A very important part was the support from the Estonian government as they guaranteed governmental investment. The 2019 edition of Rally Estonia made an economic impact measurable in millions of euros.

We are very proud of what we have achieved. After the success of Rally Estonia 2019, Estonia is a strong candidate to organize a WRC event in the future. Ott Tänak and Martin Järveoja, 2019 WRC World Champions have played a very important part in the success story of Estonian autosport.

As seen, 2019 was very successful for Estonian autosport. After all this, it is very difficult for me to understand the opinion of the Estonian Autosport Union (EASU) that bringing a WRC round to Estonia is no longer their priority.

In 2020 January, only six months before Rally Estonia, the board of EASU approved the price list of competition fees. The fee of organising an international competition has raised from 2000 euros to 100 000 euros. The rise is a phenomenal 5000%. This fee is impossible for us to pay from juridical as well as budgetary point of view.

All this gives us a clear sign that the EASU has changed their strategy. It is important to remind that the goal to bring a WRC round to Estonia is written in the valid cooperation agreement between Rally Estonia and the EASU. The mutual goals were also written down in the cooperation memorandum signed by the WRC Promoter, the Estonian government, the EASU and Rally Estonia.

All the beforementioned changes in priorities, strategies and fees give us a clear sign that there is no will to cooperate from the EASU’s side. Their statements rather say that the international success of Rally Estonia is harmful to Estonian autosport.

During the last three months Rally Estonia has tried everything to find a solution. Unfortunately, the EASU is not willing to find a compromise.

As a director of Rally Estonia, I am convinced that not having a supportive ASN behind us, it is impossible for us to work every day to reach our goal.

Considering the situation and the facts I have no other choice than to announce that the organizing of Rally Estonia 2020 has stopped and the event is cancelled.