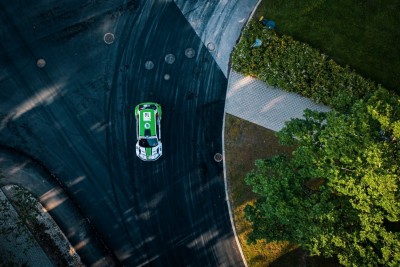 To ensure a rally experience that is safe for spectators, as well as to prevent the spread of the coronavirus, the Health Board imposed movement restrictions at the special stages of the first WRC rally held in Estonia. The restrictions will be in effect from September 3 to 6, and their observance in the designated areas will be monitored by the Police and Border Guard Board.

The restrictions set the perimeter of movement restrictions for each special stage. From 3 to 6 September, local residents, their pre-registered guests, special and official vehicles of state and local authorities, as well as 16,000 spectators with rally passes, and the staff participating in the rally organization will be able to get inside this perimeter. Before the rally and during the races, the entire perimeter remains under police control: on the ground and from the air. Among other measures, the police will ensure that no unauthorized persons remain in the restricted areas established by the Health Board on the days preceding the rally events.

Holders of rally passes and permits can enter the restricted area only at the parking lots and spectator areas provided for them by the program 2.5 hours before the start of the first car of the corresponding special stage. Upon entering the area, the identity of the buyer of the rally pass is to be verified on the basis of an identity document.

Official information from Health Board

Restrictions on the map

For example, the perimeter of the first special stage SS2 Ramudden/Prangli 1, which starts at 7:40 on Saturday, 5 September, will be closed on Friday, 4 September by 10:00 in the morning. All additional and access roads within a radius of 2-3 kilometres will be closed. At the end of each road leading to the perimeter, in addition to traffic control equipment, guards will also be posted. In the restricted area, parking and a spectator area are marked, access to which is only possible on the basis of an identity document for spectators whose rally pass programs, and parking permit specify the SS2 Ramudden/Prangli 1 special stage. Persons whose rally passes do not include this special stage will not be able to enter the restricted area and the parking lot.

According to Urmo Aava, Director of Rally Estonia, the first WRC rally in Estonia can be organized safely and efficiently only if well-coordinated teamwork is involved. “Since we do not want Rally Estonia to become a new source of coronavirus infections, we need to come to terms with strict restrictions and treat them with understanding. We see that the coronavirus is spreading around the world at the same staggering speed, and many countries are “closing down” again. In this situation, the rally organizers and the Estonian state as a whole can show the entire world how to responsibly organize the World Rally Championship in the new reality, with the involvement of all parties. Since in September we are writing the history of the Estonian rally and our goal is to bring the WRC rally to Estonia forever, the organizers have a major request: please read the rules carefully and obey them. Safety of each of us and the continuation of our common grand dream is at stake here,” Aava said.

As a result of cooperation with Postimees Group, the official partner of Rally Estonia, all rally fans in Estonia will be offered free live broadcasts of all special stages. Live broadcasts for fans from all over the world are provided free of charge or for a nominal price by WRC Promootor and its partners. “I highly recommend taking advantage of these opportunities. Unfortunately, this year the safest thing to do is to watch the rally on TV and online,” added Aava.

According to Andrus Reimaa, the head of the Police and Border Guard Board operation, real rally fans have already gotten rally passes and thus fair and safe access to the special stages has already been ensured. “Unfortunately, based on the experience of past rally events, we can say that there are those who deliberately do not buy passes and try to get on the rally tracks illegally. To keep us all healthy, the Health Board’s movement restrictions and guidelines must be followed, both on rally tracks and elsewhere. Unfortunately, the virus has not disappeared anywhere, and only responsible behaviour will help us successfully write another page in the history of rally,” explained Reimaa.

“To reduce the burden on the entire rally organizers team and to avoid unpleasant situations, we ask only those who really have access to the event to come to the special stages. Everyone else should stay at home and watch the events using various technical means,” added Reimaa, saying that the organizing team did everything to ensure that everyone could get an unforgettable rally experience without leaving their homes.

The head of the police operation also heard that true rally fans have already formed small and safe friendly groups with which they can watch the event with the help of technical means. He recommends doing the same to all those who have not bought a rally pass but are considering getting into the rally without one.

In order to prevent the spread of the coronavirus, certain restrictions and recommendations have also been set for all those who have purchased rally passes and have access to parking lots and spectator areas. Moreinstructions are available here: https://rallyestonia.ee/pealtvaatajale/uldinfo/kaitumis-ja-turvareeglid2/

- Move around in your group

- Stay with your group

- Take your identity document with you