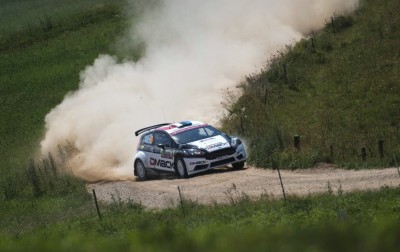 Shell Helix Rally Estonia held on 13-15 of July is a very important event for Karl Kruuda. Last time he was competing in Estonia was at Rally Estonia 2015. Now is he back and ready to tackle the stages. As his regular co-driver from previous seasons Martin Järveoja is working with Ott Tänak now, his co-driver will be Annika Arnek and they will be driving Ford Fiesta Proto car. It is good to see that after a sabbatical year also Karl’s brother Gustav Kruuda is back. For him Shell Helix Rally Estonia is a debut with 4WD car as he starts the home event with Kalle Adler in Mitsubishi Lancer Evo X.

Karl Kruuda’s name is familiar to the rallyfans. With Martin Järveoja they competed in WRC series in JWRC, SWRC and WRC 2 classes. Last year he competed in China with Dale Moscatt. Their best result was second place in Duolun China Auto Rally with Subaru Rally Team China.

“Rally Estonia is one of my favorite events where I always wanted to participate. I have missed only one event, in 2016. As Urmo Aava, who’s my mentor and good friend, is organising this event it is hard not to compete here. Also as far as I know, a lot of work has been done for this year’s event. Safety, stages, spectator areas and entertainment. I’m sure that we will have a great autosport weekend and also for me this is a good chance to prepare myself before the season in China where I will be competing for Volkswagen team,” says Kruuda.

The official opening and award ceremony will take place in Tartu, the second biggest city in Estonia. Tartu is an entertainment centre of Shell Helix Rally Estonia and the main artist of the official concert is Russian superstar Nyusha.