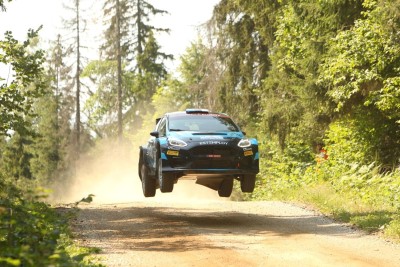 This week's Rally Estonia is also the round of Terminal Oil Estonian Championship.

The participants of the Estonian championship start the rally and finish on the same podium as the drivers of the World Championship and compete in a total of seven additional stages with the total length of 76.68 kilometres.

The participants of the Estonian championships will pass opening stage and two additional stages on Friday and four on Saturday. The winners will be awarded on the finish podium of Tartu Town Hall Square on Saturday evening at approximately 21.30.

"Participating in Rally Estonia is a great opportunity for the teams driving in the Estonian Rally Championship series to stand out. The WRC round also attracts many people to the track who otherwise would not normally come to the rally. On the other hand, the participation in the WRC round is an experience in itself for many local drivers," Emilia Abel, chairman of the Rally Committee of the Estonian Autosport Union, noted.

"The start order of ERC in this rally is also interesting - in the big picture the kick-off follows the first passing of the WRC additional stages. However, within the ERC records, we have reversed the starting order, so the competition classes EMV7 and EMV8 start and four-wheel drive cars finish," Abel said.